TORONTO, March 28, 2019/CNW/ - SLANG Worldwide Inc. (CNSX: SLNG), (Frankfurt: 84S), ("SLANG" or the "Company"), a leading cannabis consumer packaged goods company, is pleased to announce that co-founders Peter Miller and Billy Levy have been honored as High Times 100 Most Influential People in Cannabis for 2019 for their leadership in the cannabis industry. High Times 100 is recognized as the highest honor for a cannabis executive or entrepreneur. 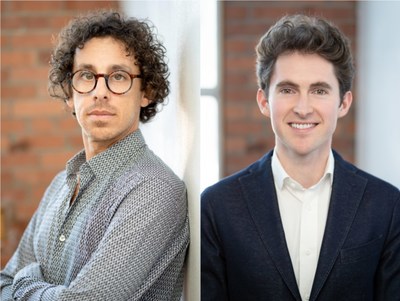 In 2012, SLANG Worldwide co-founders Peter Miller (CEO) and Billy Levy (President) co-founded Mettrum Health Corp, a leading Canadian licensed producer that was acquired by Canopy Growth in 2016. An experienced entrepreneur with a decade of leadership in cannabis and a track record in agriculture, operations, tech, and clean energy, Peter is also the Chairman of the Canadian licensed producer Agripharm. Billy's visionary leadership in consumer tech and marketing has resulted in a number of start-ups including Virgin Gaming (acquired by Cineplex Media 2015) and Virgin Mega (acquired by NIKE June 2016) with Sir Richard Branson.

In 2017, Peter and Billy applied their knowledge of the cannabis industry to found the company that became SLANG Worldwide, with the vision to become a global leader in branded cannabis products. SLANG Worldwide has the widest distribution of products in the US. Today, consumers can purchase SLANG's branded products in more than 2,600 retail stores across 11 US states. SLANG's portfolio of brands includes category-leading products such as O.penVAPE, :Pressies, District Edibles, Bakked, Magic Buzz, Firefly vaporizers and the iconic Green House/Strain Hunters. Green House's head of Retail Operations Joa Helms joins Peter and Billy in this year's High Times 100.

Peter and Billy said, "On behalf of SLANG Worldwide's amazing teams and best-selling brands and fantastic partners, we are thrilled to be honored by High Times 100. The cannabis industry has been built by passionate mavericks from all walks of life and all over the world whose efforts and results are now becoming more accepted and welcomed, and we are proud to work alongside these people every day. We look forward to continuing to grow SLANG businesses in a responsible and inclusive way for our customers, communities, industry partners and investors.

Peter, Billy and Joa were inducted during the second annual High Times 100 gala awards ceremony last night in Los Angeles and will be featured in the next issue of High Times. For more than 44 years, High Times has been the leading cannabis publication and contributed extensive coverage on the industry and its extensive impact on the global economy, retail, law, science, health, entertainment and communities.

About SLANG Worldwide Inc.
SLANG Worldwide Inc. is a leading cannabis-focused consumer packaged goods company.  The Company is focused on acquiring and developing market-proven regional brands, as well as creating new brands to meet the needs of cannabis consumers worldwide. SLANG is listed on the Canadian Securities Exchange under the ticker symbol SLNG. For more information, please visitwww.slangworldwide.co.

Forward-looking statements are necessarily based upon a number of estimates and assumptions that, while considered reasonable by management of SLANG at this time, are inherently subject to significant business, economic and competitive risks, uncertainties and contingencies that could cause actual results to differ materially from those expressed or implied in such statements. Investors are cautioned not to put undue reliance on forward-looking statements. Applicable risks and uncertainties include, but are not limited to regulatory risks, changes in laws, resolutions and guidelines, market risks, concentration risks, operating history, competition, the risks associated with international and foreign operations and the other risks identified under the heading "Risk Factors" in SLANG's final long form prospectus dated January 17, 2019 as filed on SEDAR at www.sedar.com. SLANG is not under any obligation, and expressly disclaims any intention or obligation, to update or revise any forward-looking information, whether as a result of new information, future events or otherwise, except as expressly required by applicable law.